How To Know The Difference Between Narcissists, Sociopaths and Borderline Personalities.

How To Know The Difference Between Narcissists, Sociopaths and Borderline Personalities. 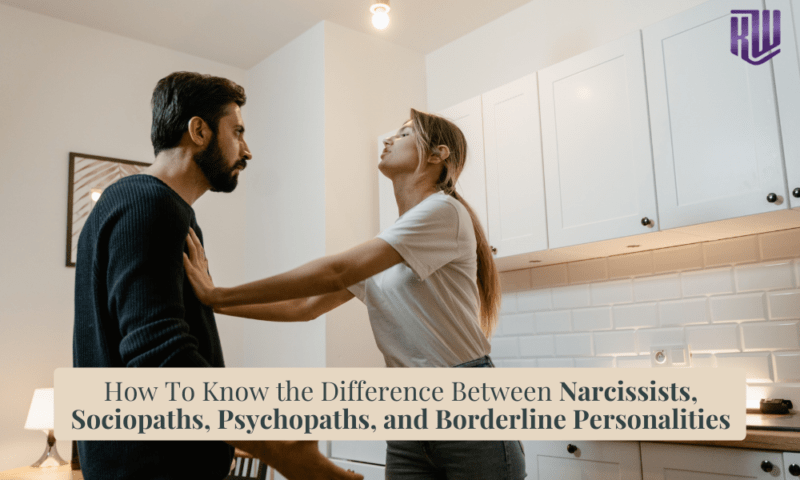 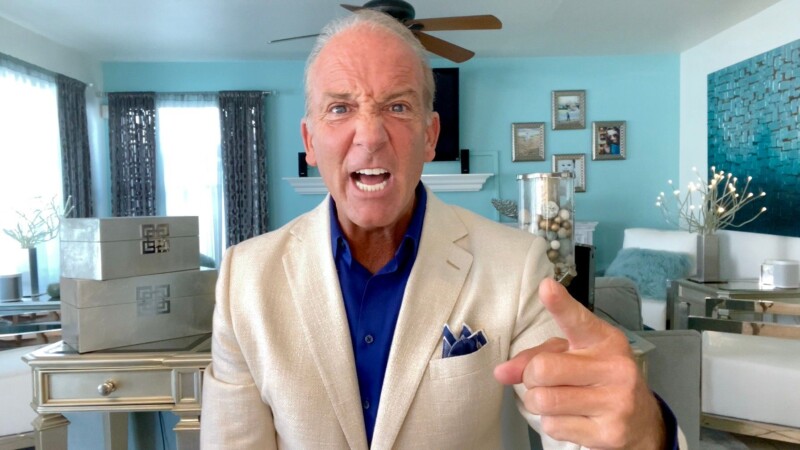 “Narcissist” is a common buzzword today – so are words like “sociopath” and “psychopath.” Unfortunately, people throw these words around without really knowing what they entail, which can be dangerous. Today, we will break down the differences between narcissists, sociopaths, psychopaths, and borderline personalities. Some intertwine, but there are clear distinctions between them.

The first thing to understand: all of us are narcissists. Narcissism is a spectrum, and your extent depends on how far along you are on that spectrum.

Some narcissism is healthy – we need it to survive and self-advocate. However, as you go further along on the narcissistic spectrum, the traits become abusive.

Secondly, narcissism is a trait, not a disorder. It’s not a chemical imbalance or psychological disorder.

Narcissists will feel guilt and shame (primarily shame) when they do something wrong because they fear others’ thoughts. It’s an external condition, not an internal condition.

That’s why we see such heavy narcissism in the social media generations – the need for external validation (via likes and comments) is only increasing.

The third and most significant distinction: narcissists are made, not born. Parents create narcissists by either being extremely overindulging/spoiling or significantly under indulging.

The spoiling parents give their kids whatever they want, and they rescue them (I’m sure you’re picturing a few people you know).

The child never feels any public discomfort. The parents frequently focus heavily on appearance and achievements. Telling every child will be the best creates an overindulgence in the sense of superiority.

We must hold our kids responsible and let them suffer consequences (to an extent, of course).

As for adult narcissists,

they hate being left. Even if they are mistreating you, it is never OK for you to go. They could become mean and violent, depending on where they are on the continuum.

Narcissists also lack empathy and the ability to listen. They’ll go on about what’s important to them but are disinterested in what you have to say.

They’re grandiose with their ideas and accomplishments, saying things like “Yeah, I ran for office,” while in reality, they ran for treasurer in high school. Finally, narcissists are incredibly superficial, caring only about how they look and who they socialize with. They like to name-drop, describe the parties they attend, and brag.

if they don’t get their way. We see entitlement quite frequently in the millennial generation. I’ve had a millennial client be unaware she had to pay for an appointment with me! It’s a perfect example of millennial narcissism and entitlement. “Safe spaces,” now common on college campuses, are another example of overindulgent parenting and children who never experienced uncomfortable environments.

Narcissists are incredibly jealous people. They have to be the center of attention at all times. They will also gaslight you, convincing you that what you see, feel, or believe is wrong. Narcissists on the far end of the spectrum enjoy gaslighting and get pleasure from hurting others.

The Narcissist is the one who will sit at a cocktail party and rip apart everyone and everything. They lack empathy. But here’s the beauty: self-awareness is possible for those of us not very far on the spectrum. I’m an example. I was pretty far out when I was younger, but I’ve significantly improved, sharing the truth about my life. And that’s what set me free. I believe that our inherent greatness and success can be achieved when we overcome how broken we are and are willing to share it.

The critical distinction here is: to be a sociopath, there must involve a criminal element. So you can have all these other traits, but if they aren’t breaking the law, they aren’t a sociopath.

Killing people, robbing banks, etc., are all obvious crimes of sociopaths, but there are many more closeted examples: tax evasion, escorting, the sex industry, and more.

Even in Nevada, escorts will cover themselves by claiming it’s legal. Sex workers are prevalent sociopaths in our society – even those involved in “sugar baby – sugar daddy” relationships could fall under this category.

They (narcissistically) re-define what they do so it’s perceived better by the public.

Like the Narcissist, the sociopath is not born that way; they are made. They learn to be con artists, and they get trained not to be aroused by or empathetic towards others.

The trainer could be a father who hits his kid and tells them not to cry. Their reality and emotions get stripped. They act first, think later.

They have inconsistent work histories. Narcissists are purely self-indulgent while sociopaths take it to the next level – in a way, they’re out to get you.

Sociopaths often use aliases, including on social media. Everything for them is a game – they love to outthink you. They are chameleons, and sometimes they’ll even admit it.

My second wife was like this; she’d find what she liked about someone and suck it dry. They gaslight to the point where you may feel you need to record your conversations.

Then, when you narrow down the problem, they’ll start all over again. Sociopaths will have no problem up and leaving a relationship with no emotion – done and over.

Every psychopath is a narcissist – but not every Narcissist is a psychopath. Psychopaths are killers or commit other serious crimes.

They completely lack empathy. They’d be able to pass a polygraph test completely lying. That part of their brain, the chemical reaction when you lie, doesn’t happen.

Completely entitled, lack self-esteem, all of the above traits. The key difference is they lack shame, remorse, and guilt entirely.

Psychopaths will lie and gaslight even beyond narcissists. Their autonomic nervous system, which controls the sympathetic, doesn’t get aroused at all.

They do not feel fear or stress. They can watch death right in front of them and not flinch. In brain scans, there is absolutely no empathetic activity.

Here’s the thing with psychopaths: they will show a pattern of truancy, skipping school, setting fires, or the like before the age of 15. They are born like this.

The final term we will touch on, Borderlines, is the only condition that you really cannot treat. Borderlines were abandoned so heavily that the authentic person cannot be found.

These people are highly victim-oriented, use medication, are constantly sick and hurt, and cannot hold a job. They are extreme hypochondriacs and have learned helplessness.

They’ll doctor shop and have phantom illnesses from firing so much fear in their body. Since they are so focused on being a victim.

They are untreatable and unwilling to do the work. As a result, it is nearly impossible for them to see their true selves.

Bear in mind that, as a society, we are very victim-minded.

Many people think they are with a sociopath or borderline personality or Narcissist, but it’s their victimhood and projections.

We always play a part in the relationship, and we allow the person into our life. I’m not blaming you, but you must remember a relationship is a two-way street.

Be wary before labeling someone as one of these – you may be the one who needs help?

On the other hand, if another is constantly pointing the finger at you. Would you please reach out to someone for help!

*Disclaimer-In no way should this article or video be used as a means to diagnose others or self-assess. This is a very cursory superficial explanation of these dynamics. They have many subtleties and variants. It is encouraged that any assessments be made by a professional.