What Are The Benefits of Neurofeedback?

What Are The Benefits of Neurofeedback? 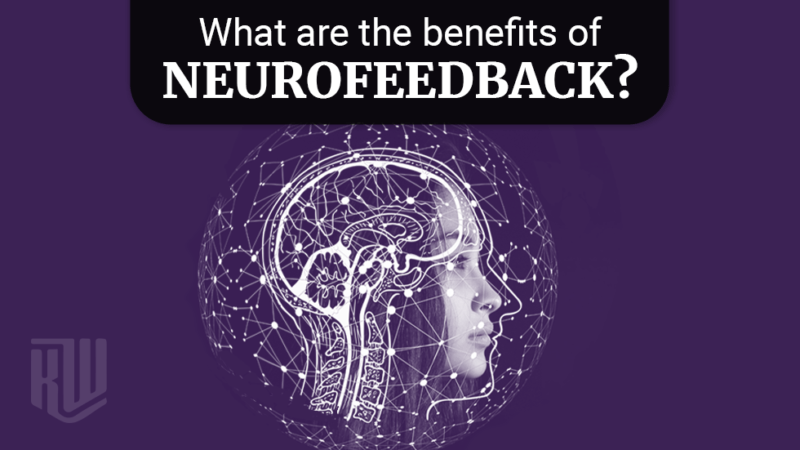 Let me begin with a part of my personal story as a clinician. I have been a clinician in the counseling field for a little over 40 years. In my practice, I have always worked with individuals with more complex issues, usually relating to emotional, physical, and sexual trauma. In addition, I have worked to find better tools to help heal people more effectively and more efficiently throughout my career in this article we will look at the benefits of Neurofeedback.

So a person walks into my office with depression. In my opinion, depression is usually related to trauma or head injury. The idea that depression is a chemical imbalance came from a TV commercial. Regardless, my standard protocol when they came in for treatment was to send them to their doctor or a psychiatrist, and they would be put on anti-depressants- many for the rest of their lives. I won’t get into the problems of psychiatric medications, but I am not a fan. There are multiple side effects, and in recent studies, both longitudinal and re-testing the effectiveness, most drugs are no better than placebo except in very severe cases. I believe that Big Pharma has done a marvelous job marketing the medical community and the general population while skewing their studies and results.

So one day, a client walked in telling me a devastating story. But, as I listened, I noticed a real difference. I had previously worked with this person for years. They were exceptional at working on their issues, but this was not an everyday problem; however, they did so with balance, appropriateness, and moderation as they talked about this crisis. I was shocked by the story I heard, but I was more shocked by the change that had taken place in my client. So I asked them! “What happened to you?” The long and the short of it was they had begun treatment doing Neurofeedback. At that time, I had been a clinician for 30 years. I had no clue what they were even talking about. So I asked, “How, what, when, and where? (If you want to read more detail about this story, you can go back and read my first blog on Kenny’s website.)

Well, that began a journey, and essentially, a new career for me. I learned that this process called Neurofeedback started in the sixties with a NASA scientist. I won’t go into the history here, but it was not a treatment. It was a type of brain training where individuals could learn to self-regulate and change their brains significantly that most no longer had their disorder. Furthermore, it did this without any adverse side effects. The training took from 3-6 months, and when most people finished, they were done….forever.

This process was not a hoax without a scientific basis. In fact, it is an evidence-based treatment that was built on years of scientific study, and not just a few studies, but thousands. The studies weren’t from a remote individual like many options today, but from major universities like Harvard, Stanford, UCLA. It was a well-known and well-studied process in top universities in Europe and Russia.

So I jumped in with both feet. I found the best education. I found the best mentors, including Dr. Joel Lubar. Dr. Lubar was one of the individuals who started neurofeedback treatment at the University of Tennessee in the late sixties. I also got the highest level of certification possible and purchased the best equipment and software available. I maintained these standards from the first day until now. Ten years ago, I began treating people in my clinic at Heart Matters.

Here is what I discovered. As the saying goes, the proof is in the pudding. I have seen a woman who couldn’t talk without stammering and stuttering speak seamlessly in 5 weeks of training. We didn’t do speech therapy. We trained her brain’s speech networks. She had been in this condition for seven years.

I saw another person who experienced the loss of feeling in her left arm and hand due to a stroke twenty years previously. She couldn’t hold anything in her hand when she came in unless she looked at her hand. When she quit looking, she dropped whatever she was holding. When she left Heart Matters, she could hold onto whatever was in her hand because she could feel it, whether she looked or not.

I would estimate that 95% of the people who have come into my office on medication for depression or anxiety leave training off medication and symptom-free. They become self-regulated over their moods.

I have treated seven patients with bipolar. Of those seven, five have been symptom-free and off medication now for years. I used to say six, but one person had chosen to stay on medication, although he had been on meds for over a year when he came to me. Just before seeing us, he was averaging three psychotic episodes a week. He came to us from a mental hospital, and was symptom-free after ten training sessions with us and He has had no further symptoms since leaving us except memory issues from his medication.

One area that we have had great success with is learning disorders like dyslexia and ADHD. I cannot tell you the number of people who come to us with an ADHD diagnosis who do not have ADHD. So one of the benefits of working with EEG is that we can see what is going on in an individual’s brain. ADHD is primarily caused by a slowing in the frontal lobes and the midline of the brain. Often people come in with this diagnosis after being put on medication to speed up the slow activity when they don’t have slow activity. These medications are akin to speed. It will sharpen focus for anyone, but there is also a high, which I do not think is good, especially for kids. Regardless, most people come into our clinic having an issue with anxiety. Their brains are not too slow. Their brains are too fast. Adding speed to this brain often creates several side effects like irritability and anger outbursts. An anxious brain lacks focus and concentration, so it is an honest mistake by those diagnosticians. The symptoms fit both categories, but the treatments are very different.

I want to tell a story about a 9-year-old girl who came to see us at Heart Matters. She came in with a diagnosis of ADHD and ODD (Oppositional Defiant Disorder). We did our assessment called a QEEG. She did not have a slow brain nor a brain characteristic of ODD. Instead, she had a fast anxious brain and an auditory sequencing issue. The auditory sequencing problem caused her to hear delayed. Imagine this girl’s daily life in class. She is trying to pay attention and on the front row in her classroom. She is anxious because she doesn’t hear in real-time (although she doesn’t know it) and is afraid she will miss being called on by her teacher, and then she will be in trouble.

This scenario plays out day after day. She and her teacher are frustrated. They send her to the doctor, who puts her on medication—the meds don’t help. Finally, her parents are at their wit’s end. They bring her to Heart Matters. We correctly assess her using QEEG. We begin brain training. Her anxiety is significantly reduced, her auditory condition is corrected and her dad calls me up and tells me she has just read a nine hundred-page book in two days. Does that sound like focus and concentration to you? She started the following year in a new class with a different teacher. The teacher thinks she’s a rock star!

So here is the question. Since Neurofeedback is a process backed by 60 years of clinical science and research that is effective for most people to treat many psychological and learning disorders without side effects, and most people no longer need further treatment. Why wouldn’t you try it?

I realize that many of you are not in my area in Colorado, and Neurofeedback, for the most part, requires in-person treatment (some providers can train with Neurofeedback remotely.) So what should you look for in a clinician as far as training and experience? I will answer these questions in the next blog segment.

About The Author Mike Pinkston:

For nearly 40 years, Mike has been helping others heal from complex emotional, physical, and sexual trauma and abuse. He is also an expert in diagnosing and treating PTSD, Dissociative Disorders, as in multiple personalities, sex addiction, Love addiction, love avoidance, and Codependence.

He is also an expert in parenting and marriage, and family structures. Mike has advanced certification in EMDR and clinical hypnosis. Mike is also a leading expert in Neurofeedback training, a cutting-edge treatment for many emotional and psychological difficulties that regular talk therapy and medication can not find solutions for. Things like ADHD, Bipolar, Anxiety, depression, PTSD, Addiction, and much more.

Finally, Mike has also spent over 25 years supervising and mentoring other clinicians.

If you are looking for more information about Neurofeedback or want to contact Mike for an appointment, contact at:

I am fortunate to have called Mike my counselor and now my friend and colleague and am forever indebted for how he helped me save my life.

I am also the client Mike refers to in this article who walked into his office so drastically different which led him to become an expert in Neurofeedback.