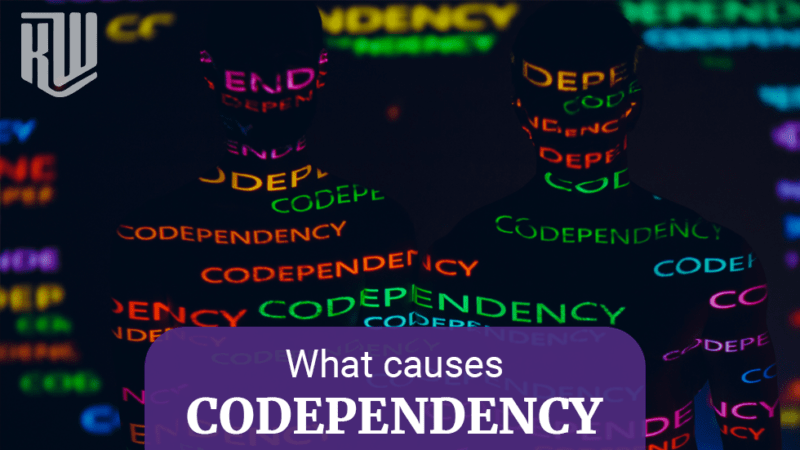 I believe the way she’s explained the causes of codependence is so critical for every person. After reading her explanation,  I believe you can immediately determine if these conditions are operating in your own life.

“Where does the disease come from?

I have come to believe that the dysfunctional, less-than-nurturing, abusive family systems create children who become codependent adults.

Our cultures’ inherent belief that a certain kind of parenting is normal contributes to the difficulty of facing codependence. But a closer examination of normal parenting techniques reveals that they include certain aspects and practices .

That actually tend to impair the growth and development of the child and lead to the development of codependence. In reality, what we tend to call normal parenting very often isn’t healthy for the child’s development.

It is less than nurturing or abusive parenting. For example, many people think that the range of normal parenting includes hitting the child with a hand or a belt, slapping a child across the face.

Screaming at a child, calling a child names, having the child sleep with them, or being nude in front of a child who is older than the age of three or four.

Figure out a way to deal with life situations

Or they think it’s acceptable to require small children to figure out a way to deal with life situations and problems themselves. rather than providing a concrete set of rules for social conduct and some basic problem solving techniques.

Some parents also neglect to teach basic hygiene such as bathing, daily grooming, the use of deodorants, dental care, removing dirt, stains, and body odor from clothes.

And how to keep them mended, expecting the children to somehow know these things on their own. Some parents think that if children are not given rigid rules and swift, severe punishment for breaking them.

The children will become juvenile delinquents, teen unwed mothers, or drug addicts. Some parents, after making a mistake such as punishing a child in error because the full facts were not clear at the time of the punishment. They would never apologize to the child for the mistake.

Such parents conceive that an apology would be seen as showing weakness that might undermine the parent’s authority. Some parents believe perhaps unconsciously that children’s thoughts and feelings have little validity because the children are immature and need training.

These parents respond to a child’s thoughts and feelings by saying, “You shouldn’t feel that way or I don’t care if you don’t want to go to bed. You’re going because it’s good for you,” and believe they are training the child in a functional way.

Still, other parents swing to the opposite extreme and overprotect their children, not making the children face the consequences of their own abusive and dysfunctional behavior.

Such parents are often very intimate with their children, using them for confidants and sharing secrets beyond the children’s level of development.

This, too is abusive.

Many of us who were raised in homes where this kind of behavior was common grew up in the delusion that what happened to us was normal and appropriate.

Our caregivers encouraged us to believe that our problems as adults arose because we didn’t respond appropriately to what happened to us.

And many of us arrived in adulthood filled with baffling feelings and with the distorted way of looking at the world and what happened in our family of origin.

We got the idea that the way our families behaved toward us was correct and our caregivers were good.

Also, we apparently couldn’t please our parents by being what we were naturally. This delusion that the abuse was normal and we were wrong locks us into the disease of codependence with no way out.”

I know many of you will shy away from the word “abuse.” You may recognize your parents have done many of these behaviors, thinking their actions were not wrong.

That’s the delusion of denial. We are massively undereducated on what healthy parenting is. That said, we aren’t blaming the parents.

As we know better, we can do better. We are only just discovering how abusive these things are.

No one likes the term “abusive.” The following quote is from another page out of Pia’s book, and I think it’s compelling.

“In my work with patients at the Meadows, I had come to know that the term abuse is much broader than most people think.

It includes more than the overt physical beatings, injuries, and sexual incest or molestation we commonly associate with the term.

Abuse also takes emotional, intellectual, and spiritual forms. In fact, when I talk about abuse. I now include any experience in childhood from birth to the age of 17 that was less than nurturing.”

I agree, and here’s why: look at the trail of tears in our adult lives.

The addictions and the divorces are all borne from how we were treated as children. That’s the result of less-than-nurturing parenting.

I broke down essential points for you to see if it happened in your childhood and if you suffer from codependence:

This list is exhaustive and could go on. Remember: so many of these things aren’t conscious and are just the cost of being a parent!

There’s a hesitancy in us to hearing these truths.

Instead of getting defensive, we should accept them and learn. Defensiveness is a sign of a lack of compassion for ourselves – we don’t want to admit we went through this. But we must.

I believe that every one of us has experienced less-than-nurturing and abusive parenting. We all have grown up codependently.

People don’t want to see it this way and blame me for pointing out the truth. There’s a bind where we want to protect our parents.

This bind is not loving to ourselves or our parents. When we are in deception, love cannot exist.

But here’s the beauty: do you see how it brings us all together? This is an inclusionary process and statement to recognize. Life is tough; parenting is overwhelming.

So let’s stop this false protection that’s killing us and robbing us of truth and connection. We see the virus of shame exploding in society, but it kills the virus the second you bring it to light.

That’s how we heal and create intimacy!

The belief we walk out of childhood without abuse shows we’re in denial. We have to accept we are all codependent and should talk about it. Then, we can drop the shame and have compassion for our parents. It is OK to be perfectly imperfect.

If you want to learn more, check out my video breaking down the two different personality types in codependence.

If You Would Like To Heal Your Codependence & Achieve Lasting Love and Connection I Have Created This Masterclass For You!